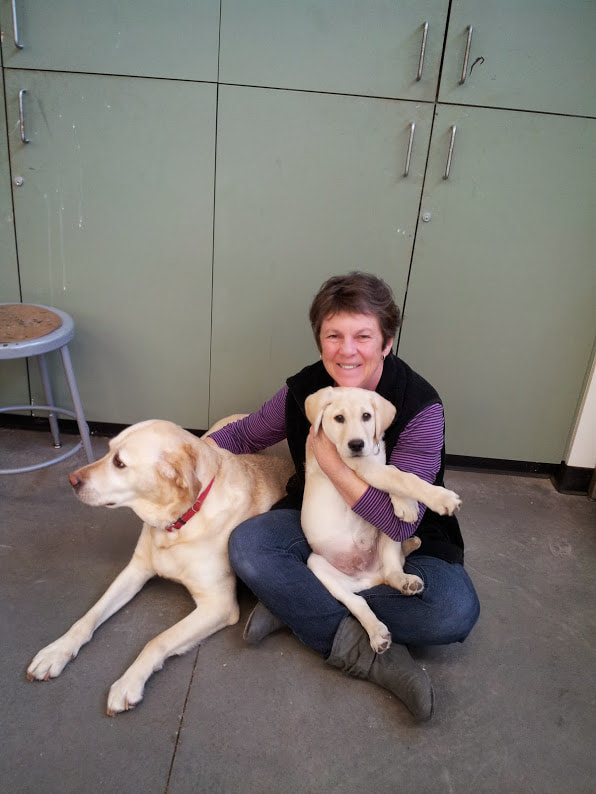 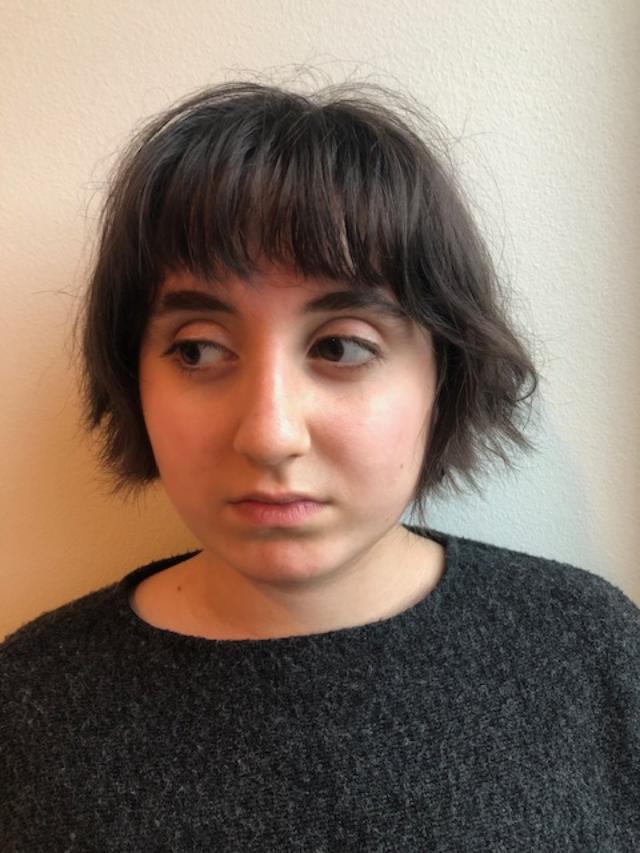 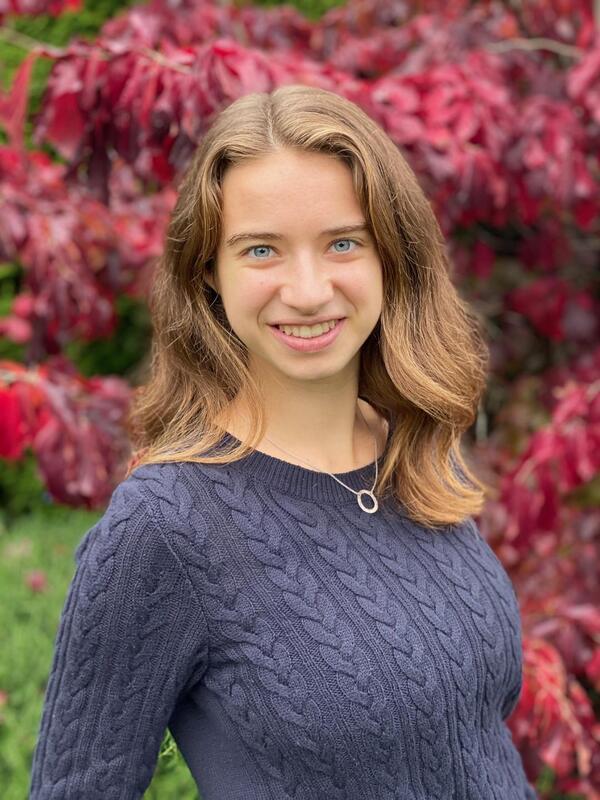 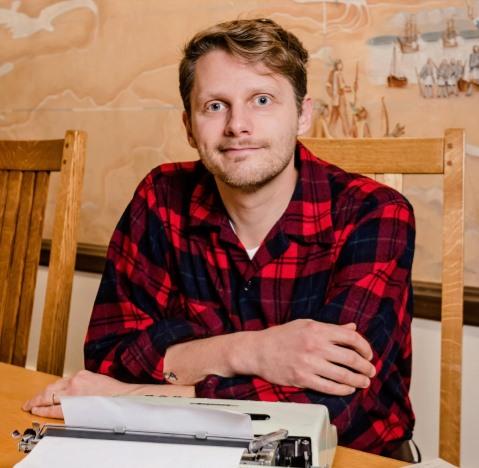 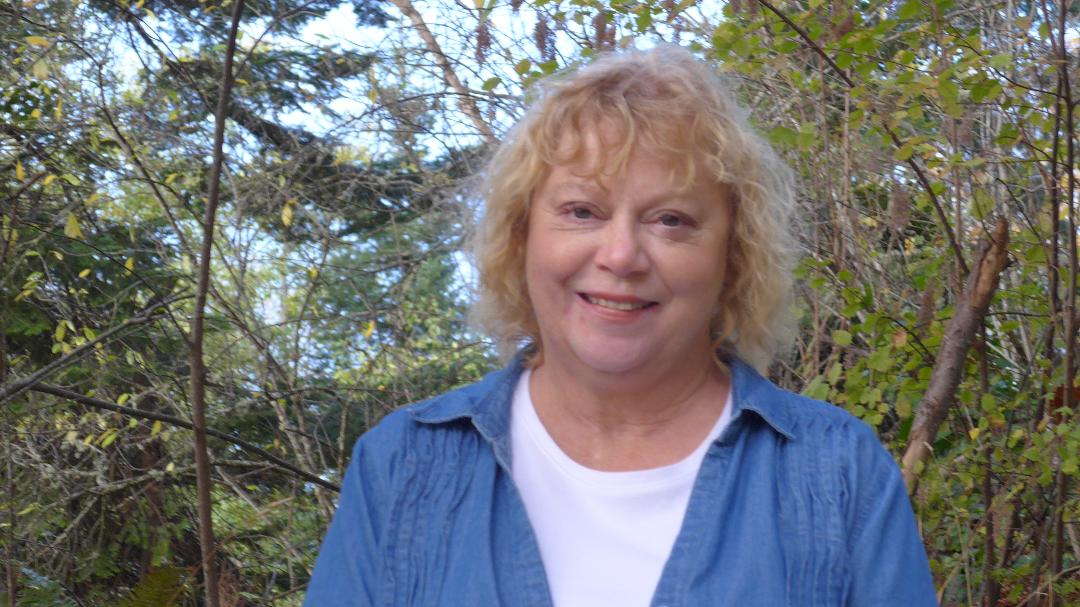 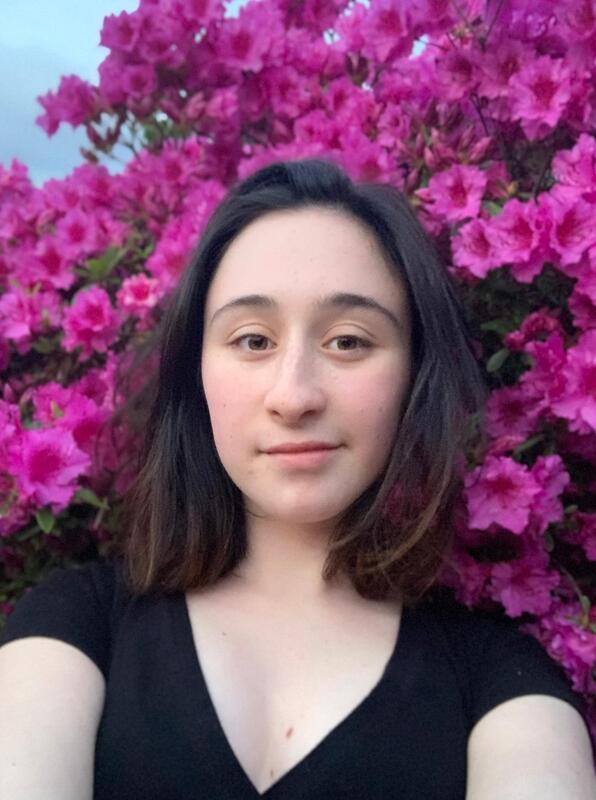 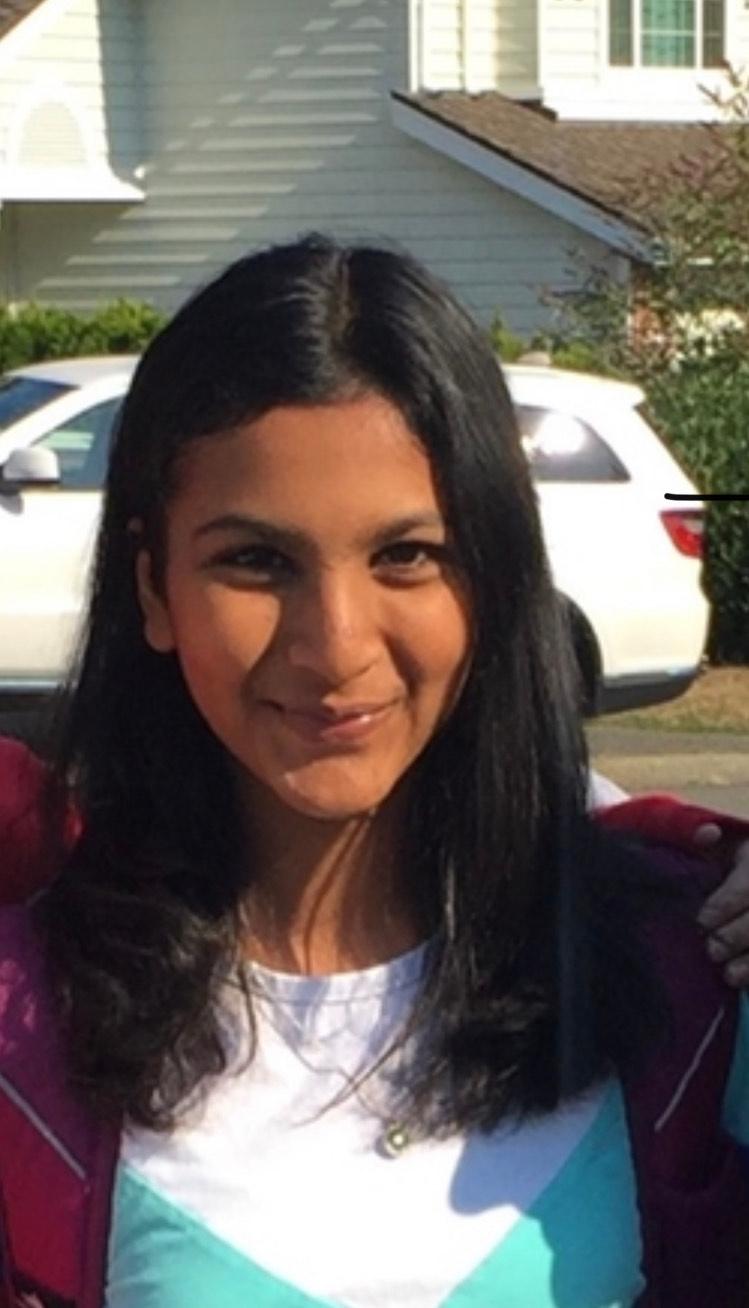 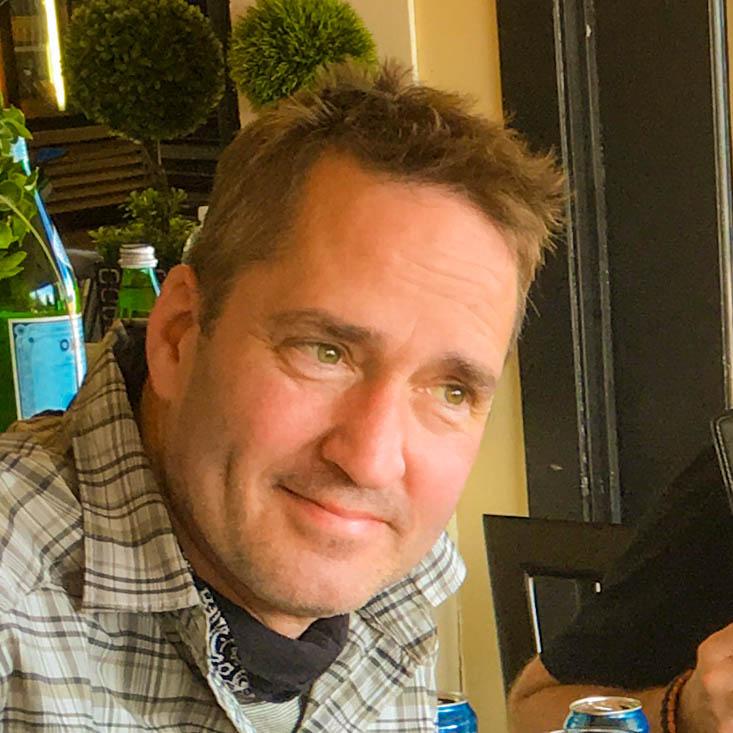 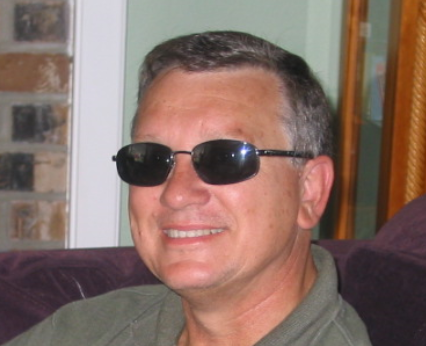 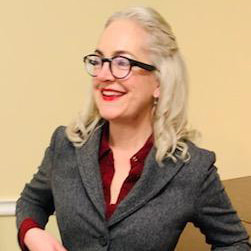 UPDATE: Readers have asked if I’ve heard of Guy Plum, who wrote a piece several years ago, describing such a bird conspiracy. I did message a bit with Guy (nice guy), and he clarified that his piece--now redacted--claimed (satirically) that humans had faked the decline in population and were hoarding the birds. He said when he saw my story, he gave up. ‘These days,’ he said, ‘A satirist just can’t stay ahead of reality.’

By the fire, hot tea my companion,
I wait out this birthing, in comfort.
Graupel bashes the windows.

Cat curls into my lap and dreams:
He whimpers of the chase, the capture,
the kill. Asleep but awake. Relentless.

Outside, life’s wet entrance is undeterred.
I do not understand why pain is
a prerequisite for something akin to joy.

If I venture out, someone’s gentle breath
can kill me. We plant ourselves, seeds apart
eyes averted, but holy together.

What do I know of life’s wet exit?
For each sweet pea that defies gravity,
Bursts out of darkness into cold, slow, spring,

There is someone whose wet lungs fill,
Whose body heeds gravity’s pull—another ancient whisper--
whose mass folds back into a seed and waits

to be absorbed by a black hole,
or cured by fire’s finality,
alone (as we all are), in the end.

She made to cross the street, but a commotion on the corner across from her caught her eye. No older than six, a child’s wispy gold hair plastered brown across her face as she smiled recklessly. Her small red rain boots stamping joyfully into the silvery water, laughing as she kicked like a dancer on a stage. Her mother, in a black trench coat, umbrella pulled low over her head, grabbing the girl’s small innocent hand, pulling her away from the puddle where she played. Pulling her away from herself.
The young woman watching paused. Remembered her own mother, pulling her away from her dance. From the river. From herself.
Looking down at her flooded shoe, she brought her other foot down into the murk, let the rain invade the weaving of her other sock and fill her low boots with liquid metal. She was cemented to the sidewalk.
Suddenly the puddle gleamed from gray to silver, from dull to brilliant, from icy to exhilarating. Above her the streaked buildings leaned upward, a mosaic of red, gray, brown bricks. Their windows were dark, mournful, but calm amid the rainstorm, looking thoughtfully down on the river below. Before her, the people swam, floundering, moving forward but not quite. And standing still on the edge of the sidewalk, blue eyes wide with wonder, the woman slowly leaned her head back to embrace the flood.
Second Place
It & I by Ava Rudensey
It stood there still, untouched by the years its prior, unknowing how many children we’d bore. I longed to be at its summit to touch the sky above. I walked back in silence, my mind devoured by my thoughts, remembrances of when I wasn’t bound to anything but my imagination. How it has grown weak over the years. How I’ve grown plain and simple, brown hair, the color of mud after a storm, wrapped tightly in a bun at the nape of my neck. It itched, I scratched, again and again, we repeated this little cycle, it and I, again and again. Who was I to disobey it? You were always the brave one.
I followed my feet, without the aid of my consciousness, around the last bend of the trail, left they led me, towards the home we’d worked so laboriously on. The one I’d been thoughtfully trying to avoid ever since I’d gotten the letter only last evening. Sitting at the hearth in that chair my sister made for our anniversary, the wicker one, the one with those stains from that night when your mother came over and spilled tea all over herself. Earl grey I believe. The aroma a snapshot of our past. When  I ruefully opened the door, it creaked maniacally, mockingly, mischievously; l lurched towards the little chair, the one that had widowed me, or rather had found me widowed; ensconced in despair.

I drifted back to the place I’d so carefully crafted, the utopia living within me, where I’d been living since I heard about your fall from this earth: And there it was again, it stood still, untouched by the pains of the years that would never come, unmarked by the shoe prints of our children; Alice nor Joseph’s delicate feet. But there you were at its summit waving from the sky. I climbed up the tree, its branches smiling as I went. I would never reach you, up there in the heavens, it doesn’t mean I won’t try.
Honorable Mention
Red Paint by Kriti Dokania
It wasn’t dark. But it wasn’t light, either. The walls were bare, but they displayed thousands of stories. The room had nothing in it, but it was his entire world. Time melted away, years passing in minutes, minutes passing in years. Nothing happened, but at the same time, everything happened. His memory grew blurry around the edges. Things that used to be disappeared, things that never were appeared. He was no one, but he was everyone. He didn’t know the world, but the world knew him.
He ate food, but he didn’t know what food was. He sang songs, he danced, he talked, and he responded. He jumped up and down, he rolled on the ground. He played games with no rules, he talked to the walls in a language that didn’t exist. He redecorated his room by punching the wall and using the red paint that gushed out.
Every morning, there would be a steel plate with water and stale bread pushed through the gap in the door. He would wave a hello to the goods, before proceeding to eat it. He would tear it slowly, screaming as he did so. He would paint it red; he would talk to the stale bread. He would lick the red off, remembering the only thing he could remember. What it felt like to eat the paint when it wasn’t his own.
One day a year, it wouldn’t be stale bread. It would be fresh bread. Every time he got the fresh bread, he would scream. He would scream all day; he would scream all night. He would think about his life before his life now, but all he could remember was the taste of paint. Red paint. He would laugh, then he would cry.
He wasn’t asleep, but he wasn’t awake. He didn’t know if he was dreaming, or if he was really real. He would talk to the door, asking it to open politely.
And one day, it obeyed. He was eating fresh bread, and it swung open. Not a soul was in sight. He, hidden in the shadows of his room, looked up at the door. He, thinking he was in a dream, walked out. Fire enveloped the hallway, but he didn’t know what fire was. He walked through the flames, not knowing what heat was. His skin turned brown and crusty, but he didn’t know what pain was. He didn’t know how to feel.
He walked out the iron door at the end of the hallway, looking around curiously. He felt fresh air on his face. He saw darkness. But he didn’t see another person. He walked for miles, away from his burning home. He was free.
He reached a town by dawn, and walked into a store. A bell rang as he swung open the door. He stepped inside the store and grasped the handle again. He opened the door; he closed the door.

“It works,” He murmured.
“It’s a door. Of course it does,” The cashier snapped at him. He walked up to the cashier, stepping behind the register.
“My name is…” He started. But he didn’t know how to end the sentence.
“Breaking News,” came a voice overhead. He glanced up, staring straight into the face of another person, a very familiar person. In a flat screen. “Criminal Jack Rogers, murderer and cannibal, has escaped the Shawshank Prison mere hours ago. Authorities are out looking for him, and advise you to stay inside, lock your doors, and gather weapons immediately. He has escaped solitary confinement, where he has stayed for twenty-four years as of today,”

He screamed and threw an object on the tv. It fell back onto the desk with a thump, and Jack stared at it curiously. A blade jutted out of the shiny object, and he picked it up.
“Please, please, no, no, please,” The cashier whispered, crouching down into the corner. Jack grinned at him.
The he plunged the knife into the cashier’s chest, watching the red paint pour out.
​Student Author Poetry
Contact EPIC
EPIC Board Login
EPIC Group Writers is an Edmonds-based 501(c)(3) non-profit organization offering resources to writers since 2012. The purpose of EPIC Group Writers is to create and sustain a community of writers of all levels and backgrounds who share, encourage and nurture the literary and other creative arts for the benefit of the community at large. EPIC Group Writers will seek to develop and maintain cooperative relationships with other artistic and cultural entities.